Offshore Patrol Vessel (OPV)
// Naval Products
In the 1990s, Israel Shipyards used the naval architecture of the Nirit Class SAAR 4.5 as a base design to produce a special OPV, loaded with the firepower of larger Naval vessels - for less cost.
This sleek OPV is equipped with highly advanced weapons systems, produced by world-recognized Israeli designers.
Becoming one of the best-known ISL vessels, the SAAR 4.5-based OPV was chosen to secure the extensive waterways around Greece during the 2004 World Olympics. One of its many advantages is a weapon-carrying capacity equal to larger, more costly vessels.

The seagoing power of the Israel Shipyards OPV was further enhanced with optional helicopter carrying capability. This innovation has proven itself in the deployment of rapid-response units to security incidents occurring at sea, in all weather conditions. OPV 45m
Specifications:
Characteristics
The development of the multi-mission OPV 45m was a result of comprehensive market research conducted over the past several years. Available in various configurations, the OPV 45 can handle wide range of missions. Easy to operate and with low-cost maintenance, it is the most cost-effective OPV available today. OPV 58m
Specifications:
Characteristics
Based on the combat-proven SA’AR 4 design used by the Israeli Navy, the OPV 58m was selected by the Hellenic Coast Guard as a significant addition to naval security for the Athens 2004 Olympic Games. 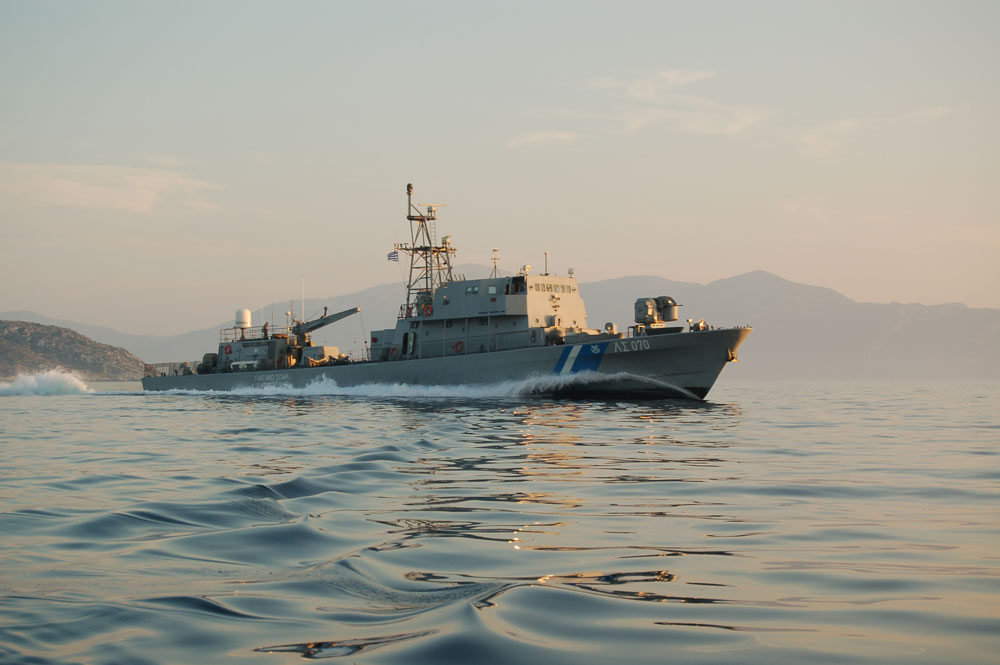 OPV 62m
Specifications:
Characteristics
Based on the combat-proven SA’AR 4.5 design used by the Israeli Navy, the OPV 62m is even more versatile and mission-ready, with extensive payload capacity including stabilized weapons, medium-range missiles, ESM, and search radars. The ongoing advantages built into all Israel Shipyard products, which are created and maintained by the Israeli defense industry, are further enhanced by ISL integrated training and support.

This critical combat edge is being shared with other naval forces and homeland security forces across Africa, Europe, Latin America and Asia.

A full set of documentation and operation manuals is provided for each vessel, as part of the delivery.

All naval customers of Israel Shipyards Ltd can take advantage of a comprehensive package of training, logistical and technical support by ISL experts: SAAR Class Fast-Attack Vessel
In the late 1960s, Israel Shipyards was the first in the Western world to design and build a fast-attack missile boat.